Home » Uncategorized
A few months ago, my friend, Sobantu invited me along to the first ever game to be played at the freshly done Greenpoint Stadium in Cape Town 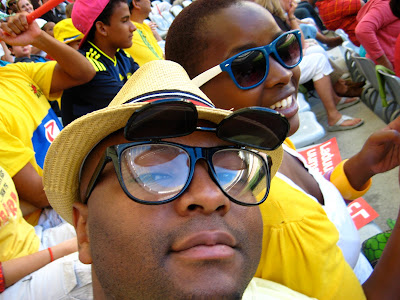 It was to be my 3rd live match in all my life and the very first on home soil. The first game I attended was in Buenos Aires, Argentine (unbelievable, exciting, passionate amazing match between Chile and Argentina) and the second was in Berlin, Germany between local German teams. 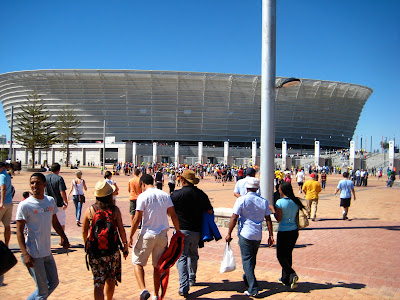 The stadium is beautiful. It’s grand, pristine, well done and awe invoking.
The game was boring – but the fans were crazy fun. At some point we had a mexican wave going – went around about 6 times before dying down 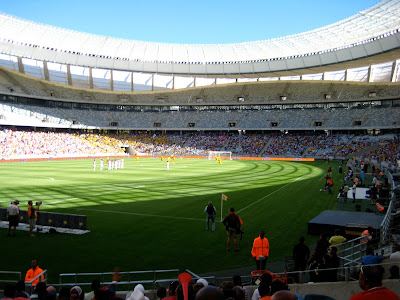 This particular game was between Ajax Cape Town and Santos. By default, because I was wearing yellow that day, I was supporting Santos.
(In a much teased tweet, I referred to them as the ‘yellow’ team) 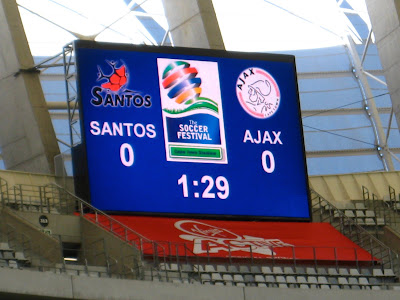 Few of us think "Soccer" is boring game... But our American friends are crazy about this game... Its very nice game....