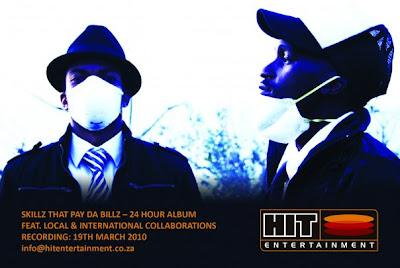 Can they do it? Has it ever been done before ?

“The Skillz that pay the billz” has been the line Illiterate Skillz has coined for the momentum of this mission impossible type endeavor. Recording a ten-track album, conceptualizing and shooting a video and doing a photo shoot and more all in the space on 24 hours. To top it all off there’ll be a launch party at Mersey bar within those twenty-four hours for this album. I call it crazy, but that’s why we love the Ill Skillz boys.

Collaborations include greats such Proverb, Zaki Ibrahim, Stan1 and a few others. This is a momentous event. 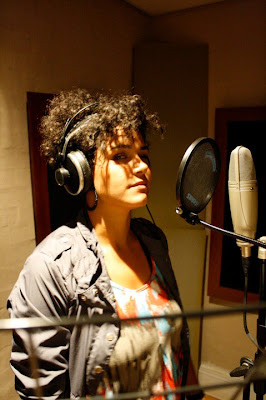 Downloadable album will be up on vuzu.tv later tonight! for now check out the live reporting on the activities

Keep an eye out on the following links for more info, pics and videos:

Hardy McQueen – Let’s call him the one making it happen

Max The Photographer – On the go pictures

Sizwe – podcasts of the days happenings for KIM Radio 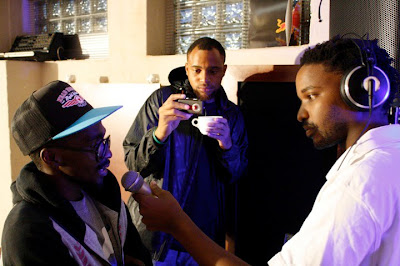 It all began at 5am, it’s now 10am, two tracks down and the creative juices still flowing

Thanks to The Guerrilla Grapher Max for images