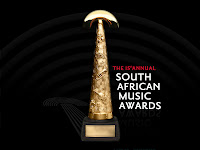 Last night SAMA hosted the event to announce the official nominees for the 2009 MTN South African Music Awards to be held in May in Sun City. 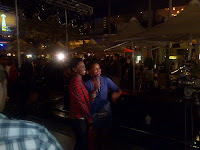 Mind you, because I am only a socialite in my head for now, I didn’t crack an invite, but the Internet tells one a lot.

For example I find out that they didn’t announce all nominees – why I couldn’t tell you. My twitter friend didn’t know either. She did however disclose that Bad Boy is a smooth host and his presence was very well received. The food was delicious and the drinks were flowing, the venue comfortable and everthing very well coordinated – or so they tell me.

Anywhoo….Today the full nominee list was released; a bit fluffy to say the least and not as comprehensive as I would imagine it should have been – but then again that would defeat the purpose of awarding the ‘crème de la crème’.

As with all awards though everyone and their cat has an opinion on how things should have been done, and who should have been chosen. On the MTN SA music awards facebook group there are mixed reactions plastered on the wall and discussion forums, mostly leaning toward the negative side on the nomination list. Call it jealousy, call it rubbish, or call it  ‘I know it all’ mentality. Whatever, it is what it is. Most people just like to hear themselves talk or read what they write (excl me ofcourse)

All I say is – This too shall pass. The awards will happen, Miss Fabuloso’s such as myself will write about it,  TV and radio stations will report on it, artists will gloat or bitch and life will go on. So here is to another reminder that time keeps moving! My award is in the shape of a martini glass!

Here is the phototstream from last night