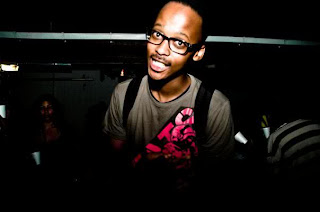 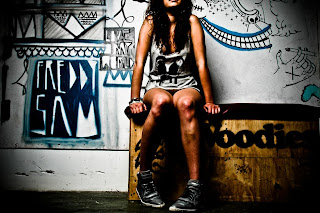 The latest instalment of ‘Creative Activist’ feature goes to all round nice guy, with a smile that lights up a room, and an eye that captures the soul of street culture – Max Mogale, who, according to his bio is just a guy who ‘takes photos’, and that ‘everything else is a distraction’. The 26-year-old Cape Town based photographer from Bloemfontein gives us a peek into his heart, mind, brokedom, and on being a guerilla grapher.


Max is a young, black male who just lives in Cape Town and happens to take photos

2. When did photography become a love?

I never really knew I was a photographer until other people told me my pics were good. I just always saw it as a picture being a representative of my minds eye

3. How would you describe being creative?


I’m not sure there’s really a description to being creative. It’s such a broad subject. I think its all subjective (or is it objective? Always confuse these two) really. Cause at the end of the day what you produce is a reflection of how you see the world. Sometimes people like it, and some times they don’t.


4.What do you think people take from your work?


Well I’ve been told all kinds of things about what people take from my work. But mostly I’ve heard that I am able to capture people in a light that they never saw themselves under. Basically people say I make them look pretty.


5. What do you think of the industry in Cape Town


It’s cool. I’ve been lucky enough to “rise through the ranks” quicker than most other people. Not to say I’m running shit, just to say a lot of people know about my work which I never would have expected to happen so fast. Generally a photographer takes a while to get a name for himself. I, by the grace of a higher power, managed to kinda skip that.

6. You had an exhibition at a park last year, why?


It was kinda interesting. Well I had decided since the year was about to be over I wanted to have an exhibition but I wasn’t too sure how to go about it without actually having to pay a lot of money. So what I decided was to print my pictures out and do a guerrilla exhibition. I invited all who wanted to see to a Picnic/Exhibition and asked everybody to bring their picnic goods. I chose a massive tree at De Waal Park and decided to hang all my pictures from the branches, that way it was fun, free and people got to hang out outside. Overall I think it was a great success

7. Why are you The Guerilla-Grapher?


Well when I started taking photography seriously I didn’t really know what all the rules where with regards to shooting in public places. And being in Cape Town, I realised that it’s really hard to shoot anywhere without any permission. So I used to just do it anyway. But guerrilla like. So I would go somewhere and if there were cops or anything I’d hang back till they left. I would shoot as much as I could and then I would leave. I was like a fine mist, you could see me but you couldn’t exactly touch me. Hahahaha!

8. Most memorable experiences since you started?


O wow, so many things – being kicked out of places for not being allowed there, almost being arrested, Co.Lab, being broke. Actually being broke has to be the most memorable. Haha!

9.If you weren’t a photographer, what else would you do?


Not too sure hey. I’ve done all kinds of jobs in my life. I used to be a door to door salesman, a call centre agent, a packer at a Pick n Pay, one of those guys who sprays perfumes in department stores, and even a backstage manager for events. I only did those jobs because a) I was broke and b) I just wanted to know what it feels like to do a job you NEVER wanna do again. And I’m also almost finished getting a degree in Marketing from UNISA. SO I’d probably be doing something like that


Being broke cause there’s no salary at the end of the month. Hands down!

11. How do people perceive your photography?


Apparently more well then I thought. When I first got into this I didn’t do it for the money. I still don’t really. But there are people out there who are willing to pay top dollar for a good photograph. And I have no problem with that.


Well one of my first wishes is coming true. I’m moving into my own photography studio soon. At the moment that is keeping me happy enough. Although I really would love to do a travelling exhibition around the world to show people my work. That would be great

We love Max. Check out some reviews and interviews by others who love The Guerrilla Grapher on : Studio 83, One Small Seed, Between 10 and 5, Fairlady magazine,75, design times, Pink Lyte and Mosaic! 🙂