Holding it down with an arrogant yet honest slogan, they are too cool for school! 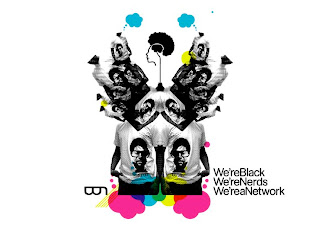 According to their site they are inspired by the premise of African people being known to celebrate ‘a ghetto lifestyle’ therefore for BNN as a form of liberation decided to celebrate ‘Nerddom’, and even taking it as far asking people to question their understanding or perception of being black and being a nerd.  It really is one of the coolest ways yet – by throwing negative conceptions back at society without ‘adapting to the negative stereotypical behaviour’ themselves.

BNN grew their pride and created ‘nerd gear’ which can be found and purchased on their website. From Tees to Totebags, you too can join the movement. 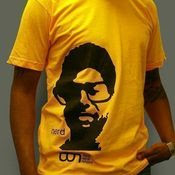 And it all began with two guys who had an idea and followed through with it. Awesome stuff, fantastic concept and just ultra coolness.

What inspired me mostly is the fact that The BLACK NERDS NETWORK is ‘far more than just a political orator, it has a sense of humour that encapsulates everything it is to be a NERD irrespective of colour, with a keen sense of fashion, arts, music, style, current and future trends.’

This is definitely a brand to keep an eye out for.

Now, how do I get them into South Africa…. Hmmm…. Business partners??

You can also follow the Black Nerds Network blog; filled with fashion, music, art and all things creative.