One day, on a balmy evening, in the bustling city of New York, in the subway, amongst many people going about their day, a boy met a girl

They chatted for a little while, he was mesmerised, she was charmed and before he could get her details or actually muster up the courage to ask her out, the train stopped at her station, she stepped off and disappeared into the crowd of commuters…

His heart pumping in his chest, jaw ajar, he knew he had to see her again… So what did he do? In a city of millions of people? He went online and asked the digital world to help him find this girl in the real world…. 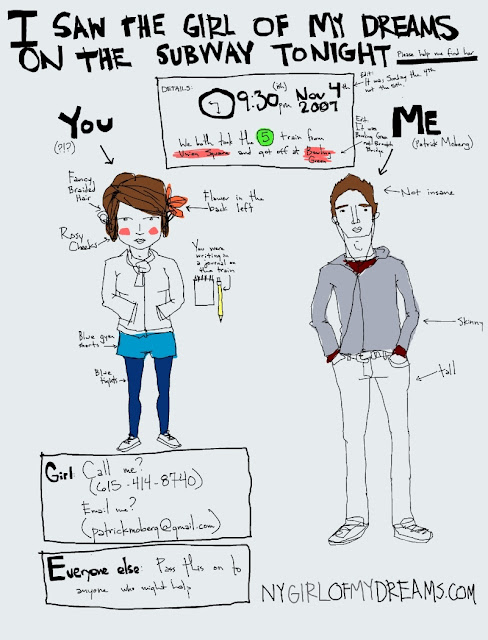 As fate would have it, he found her…. www.nygirlofmydreams.com

Now tell me you didn’t swoon?

* Obviously I made up some of the details. Creative expression or whatever they call it.*